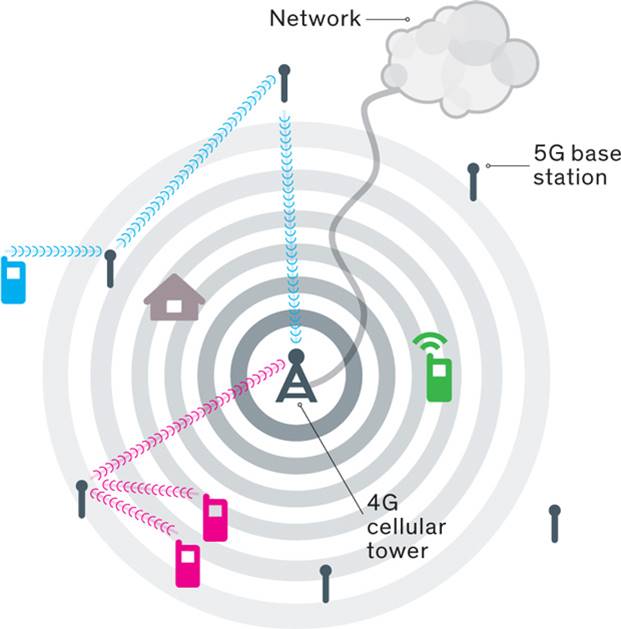 • Millimeter-wave frequencies often refer to the frequency range from 30GHz to 300GHz,

the wavelength of which is between 10mm to 1mm.

• There are several motivations for wanting to use mm-wave frequencies in radio links:

The radio spectrum at mm-wave frequencies is still rather undeveloped, '

and more bandwidth is available at these frequencies.
• Because of higher attenuation in free space and through walls at mm frequencies,

the same frequency can be reused at shorter distances.

range and the relatively narrow beam widths that can be achieved.

modest size antennas to have a small beam width.