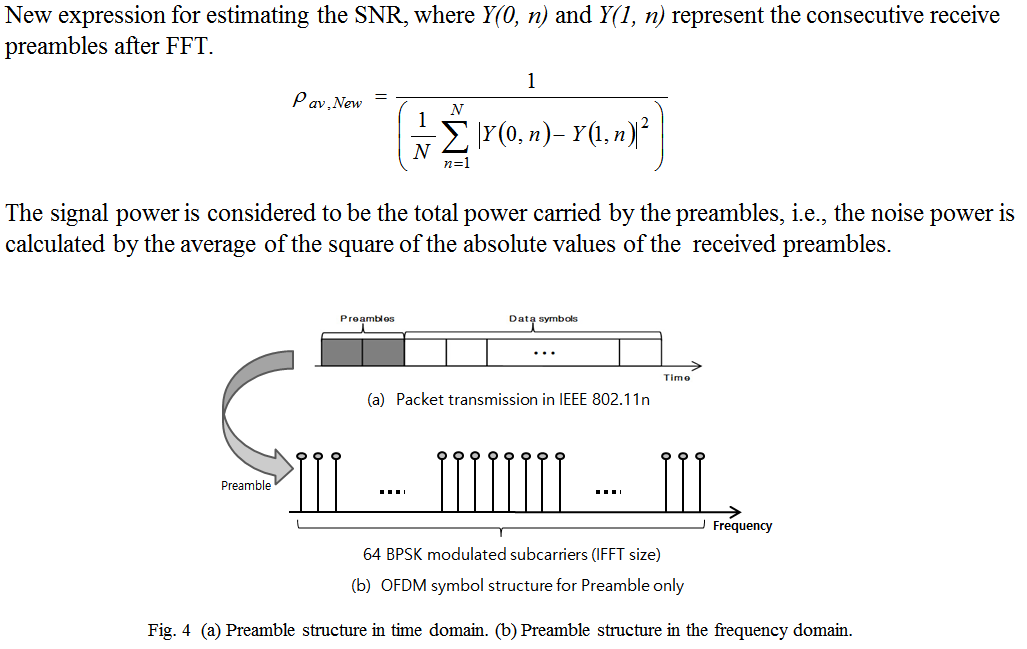 have been developed and combined in MIMO-OFDM systems to provide higher data rates. In addition, the system can be optimized

by setting modulation and coding adaptively according to the channel conditions.

to the transmitter.  In this paper, we propose a signal-to-noise-ratio (SNR) estimation algorithm in which the preamble is known by

both sides of the transceiver. Through simulations of several channel environments, we prove that our proposed algorithm is more

an accurate estimation of the SNR. In our algorithm, the signal power is considered to be the entire sequence of two preambles

with OFDM size and composed of BPSK or QPSK symbols; therefore, we consider the signal power to be 1. The relative noise

power is calculated by the square of the absolute value of the two received preambles. By dividing the signal between the noise